Quechua is the second widely spoken language in some countries within South America. Although it is predominant in the central area of the Peruvian Andes, it’s also spoken in some regions of Ecuador, Bolivia, Colombia, Chile, and Argentina. However, this language has its variations across Peru and the rest of the Andes.

According to recent stats, there are over 15 million Quechua speakers, and most of them are in the Peruvian region since over 10 million persons are bilinguals and speak Quechua and Spanish, and the other 3 million are monolinguals who only speak Quechua.

This language is often referred to as the “Language of the Incas,” but this is a mistaken fact since it tracks back to other civilizations that had preceded this renowned culture. However, it was the Incas who imposed Quechua as the official language.

During the colonization process, the Inca Empire fell and Spanish had to be used as the “general language.” It wasn’t until the late 18th century that the Quechua language was banned due to the Tupac Amaru II rebellion. However, Quechua prevailed until the current date, but it became more restricted to isolated rural areas.

Since Spanish and Quechua languages have stood side by side throughout history, somehow, one influenced the other by adopting slang, names, and other words from each tongue. Therefore, like most dialects, you can find resemblance in some common expressions.

Although Quechua has been phonetically and morphologically evolving, it’s still very hard to interpret due to its complexity and variations. But this doesn’t mean that you can’t learn some basic words and expressions to help you understand better this ancestral tongue.

As aforementioned, throughout history, we’ve seen the development of dialects and how each one influences the other. Therefore, a large number of words are derived from this language. Here are some Quechua words you didn’t know you were using in English and Spanish:

Although the Quechua language has mainly influenced Spanish colloquialism, there are even more expressions that derive from this dialect and are still used in English. Likewise, we want you to know some useful Quechua phrases that will help you in your trip through the Peruvian Andes:

While traveling through Cusco, you’ll come across many words and names that come from the Quechua dialect, here we have listed the most popular, so you have a better understanding of the meaning and purpose of these locations to the local culture:

We are proud to say that Quechua has prevailed as the second widely spoken dialect in Peru. Likewise, the traditions are so well-rooted in our culture that makes it so diverse and beautiful to know.

Therefore, we want you to know more about our cultural expression and the mysteries within our lands. Check our Peru travel packages and get to know the most authentic places in our country. 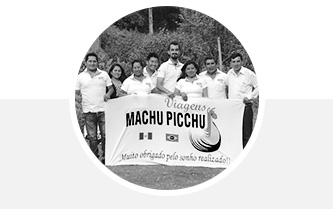 We are a receptive travel operator, located in the City of Cusco in Peru. We plan various packages that provide visitors with unique and unforgettable moments. They are authentic experiences in the ancient country of the Incas. On our walks they will visit various tourist attractions from the coast, to the mountains and the Peruvian jungle. The varied and internationally recognized gastronomy, the friendliness of the people and the historical and cultural wealth make Peru an unmissable destination.

We still have many contents to show you about Machu Picchu and the Peruvian culture.